Start the new year off by reading this disgusting piece about
a Hispanic gang that recently defaced the Vietnam War Memorial. Notice that it says, "Kill whites".
Is there any more reasons to kick out illegals?

The very freedom that allowed these scum-bags to go to the local Wal-Mart and buy the spray paint they used to do this with was paid for by the men honored by the wall they defaced.

We aren't going to remedy this by electing any of the people who are running for office in '08. Each one of the candidates is weak on "immigration reform", with the exception of Fred Thompson, and the media won't run a single story on any of his five daily stops.

Thanks Worldnetdaily, for being the only big news source with the sense to cover this.

"This irks me. This hurts me deep to my heart," Vietnam Army veteran Emery Linton Sr. told the station.

Linton, who served in Vietnam from 1969 to 1972, noted he lost friends there and called the mess on the memorial a slap in the face to veterans who made the ultimate sacrifice for their country.

"People here respect these names. They gave their lives for everything, for the freedoms they have," Linton said.

Police are investigating whether the vandalism is the work of the violent MS-13 gang.

read it all here. 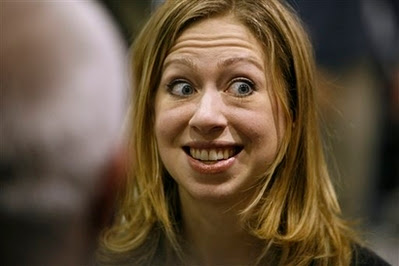 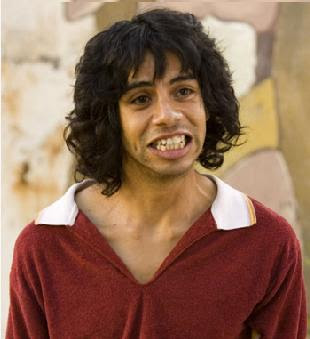 "You were my wife"


A very close friend of one of my friends, recently went to a wedding in . A Jewish wedding.

Before the ceremony, both families were on the stage or bima. The parents of the bride and groom had previously met, but the grandparents who were all alive and in their 80's had never met before the wedding. The grandfather of the bride kept looking and looking at the grandmother of groom. He finally said to her, "You were my wife." There was dead silence and he repeated, "You were my wife."

After talking to each other, they confirmed that they had indeed been married when they were very young. They'd had no children and were taken to the concentration camps where they were separated. Both looked for each other after the war ended but not finding each other, each one presumed the other dead. Since most of their relatives were wiped out, they had no one to check with and records were almost non-existent.

Fast forward sixty years plus - Both had moved to the , married and had families of their own and there they were in , watching the grandchildren of their new families marry each other - once again becoming family.

The Cult of the Willfully Ignorant
No comments:

I heard about this on Rush Limbaugh, and found it this week in the Patriot Post newsletter.

Everything is Caused by Global Warming (600+ links)

Dr. John Brignell, a British engineering professor, runs a website called numberwatch. He has compiled what has to be the most complete collection of links to media stories ascribing the cause of everything under the sun to global warming. He has already posted more than six-hundred links.

The site's stated mission is to expose all the "scares, scams, junk, panics and flummery cooked up by the media, politicians, bureaucrats and so-called scientists and others that try to confuse the public with wrong numbers" Professor Brignell's motto is "Working to Combat Math Hysteria."

This exercise is not merely a lark to show the abject absurdity of this global warming nonsense. Brignell wrote a great book titled Sorry Wrong Number, The Abuse of Measurement on this very subject.

Dr. Brignell is accepting additions to the list so if you have any send them along.