On The First Night of Hanukkah, I Got Linux Mint

Well, after a huge hard drive crash, and no less than 5 Windows reinstalls, I am back on line. Over the course of the last two weeks, I have become very disillusioned with our government, the church, and last but not least, Microsoft.
I ask you; what sort of billion dollar company floods the market with their product, then leaves them high and dry? Answer: Microsoft. Their "tech support" is less than desirable, and if in the event you come across a person that can help you, chances are that you'll have to pay for their "services."

I have searched the net over, and after trying out about 8 different Live CD's from different Linux distributions, I have settled on Linux Mint. 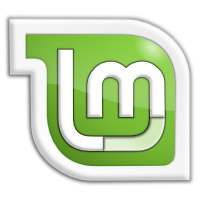 ...and I couldn't be happier. The tech support is phenominal, and the response time from the forrums can not be beat. I have my Audacity for the podcast, Firefox for the internet, and a ton of applicatins that I haven't gotten to yet; all of which are free. Free, as in they don't cost a penny... and you still have a vast reservour of help on the internet for each piece of software.

So, without further ado, I have a lot of catching up to do.
The nation is going down the tubes. There are rumors flying about
the government putting a "code" on every bullet to be sold. There are stories about a 500% mark up on all amunition. Gas prices continue to linger around $1.50 even though the price of crude oil has dropped below 25% of what it was a month ago. Obama is even lying to his Vice President now, saying that he will be present at every crucial decision (eh*hem... right). Jessie Jackson wants his name back of all things. The press is blaming the political correct housing disaster that was forged by Democrats on , you guessed it, George Bush.
and the most ridiculous piece of news of this decade: the Associated press is declaring that the cold weather snap is proof that Global Warming is happening in a big way.
...and that my friends, is just plain stupid.

I am going to once again move away from the political side of Mangdiddles, and start doing more Torah based writing. Stick around, we are in for a Minty fresh new start!
Happy Chanukkah!