I am in the home stretch.

I am sorry for the lack of postings here, but school is wearing down to the last few weeks, and I am under extreme presure to get things done. To tell you the truth, I am burnt out. I have had my fill of 75 hour weeks, and am looking forward to the winter break that is coming up. For four glorious weeks I will be able to see my family in the evenings again.
It is easy to take the simple things for granted - a person truly doesn;t know what he/she has until it is gone; even if it is temporary.
The appostle Paul spoke of "finishing the race, and fighting the good fight" when speaking of our walk with Messiah. I have ben able to translate those terms into my immediate short term goals recently, and trust me, it does not lose its relevance. Each day, I have to make myself follow through with the responsibilities that are facing me - be it driving to Lafayette to make class (without having supper or sitting down with my kids), or staying up later than the rest of the family to finish my homework. I have to consciencly make an asserted effort to get these things done in order to reach the end for the better of my family.
I hope that it is all worth it. I am entering into a field that didn't particularly hold any place in my desires, but with God's help it will grow on me. If I can endure the learning process, I will have made a better life for my wife and kids; and that is always at the foremost of my thoughts. I have to remember that the occupation is not the ends, but the means that will fuel my passions outside of work; the cello, piano, art and the like. Work is work. My leisure is paid for by my work... though it would not be a bad thing if the two intermingled a bit.
I am in class right now, so I better go. Hopefully I will be able to post more this week, as I have no more classes until next Monday.
God bless!
No comments:

Olmert: trader of land for terror.

I don't like pasting entire articles from other sources, but when it is as important as this, I can't help myself.

- special thanks to the Lekarev Report

In the largest planned anti-Jewish expulsion plan since the Nazi deported the Jews of Poland, the government of Ehud Olmert has apparently agreed to expel more than a hundred thousand Jews from their homes and destroy their communities in Judea and Samaria. In his first meeting with representatives of the Yesha settlement movement in the nearly two years he has been in office, Olmert made it clear that secret deals with the US and the Palestinians would mean a total freeze in the growth of 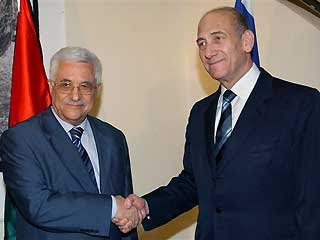 Olmert reportedly told them that "the first stage of the road map speaks of dismantling outposts and freezing settlements, and that's a document that all Israeli governments, including Likud ministers, have accepted." Sharon, who founded the Kadima Party that Olmert now heads, was a member of Likud when accepted the road map.

However, Olmert was telling only a half-truth: the Israeli government of the time only approved the Road Map with a list of some 13 qualifications. Israel under Sharon never referred to or insisted on the qualifications. More significantly however, neither Sharon nor Olmert proceeded on the Road Map because the Palestinians have never fulfilled their obligations such as dismantling terror organizations and stopping terrorism.

Despite this continuing failure by the Palestinians to meet their obligations, Israel is expected to announce - apparently with no quid pro quo - prior to the planned Annapolis conference, a formal and total freeze on Jewish construction in Judea and Samaria (Yesha). Danny Dayan, head of the Yesha Council of Jewish Communities in Judea and Samaria, told Arutz-7 on Tuesday after a meeting with the Prime Minister -- the first, by the way, with Yeshua residents - that he was horrified to learn that the settlement freeze had become "official policy," and not just a means by which to pressure the residents of Yesha.

According to Dayan, the freeze is currently total, "including kindergartens, caravans for schools, and lack of consideration for natural growth." Yet when he described this situation to Olmert, Dayan said, "he just sat there and didn't say a word."

Dayan said the settler leaders also warned Olmert that "expelling more than 100,000 people from their homes," as withdrawing from most of the West Bank would entail, "is not even slightly similar to expelling 10,000 people from their homes in Gush Katif two years ago. It's like comparing a flood in Pardes Hannah to a giant tsunami ... Such an expulsion would break the back of Israeli society. More and more population groups would feel alienated from the state and its institutions. It would be nothing like what we went through in Gush Katif."

During the hour-long meeting at Olmert's office in Jerusalem, the premier spoke rarely, but was quoted as giving one concluding speech: "I see the future in a slightly different way than you do," he said. "I know that in order to ensure a future for Israel as a Jewish democratic state, we will have no choice but to make some concessions. I feel that on this point I am embroiled in a heartbreaking disagreement with your public, a public that I myself was part of."

How appropriate.
As Hillary was leaving the stage (staged event), the American flags actually fell on her.

ABC News' Eloise Harper and Rick Klein Report: It's been a rough stretch for Hillary Clinton -- a tough debate performance, a lost voice, and the revelation that the Clinton campaign had been coaching questioners at events...

Then, on Sunday, everything started falling down around her.

Well its about time.
This is excerpts from an article written by the founder of the Weather Channel.
It looks like some common sense people are going to start coming out of the closet, and call a spade a spade. Al Gore should be ashamed of himself.

It is the greatest scam in history. I am amazed, appalled and highly offended by it. Global Warming; It is a SCAM. Some dastardly scientists with environmental and political motives manipulated long term scientific data to create in [sic] allusion of rapid global warming. Other scientists of the same environmental whacko type jumped into the circle to support and broaden the "research" to further enhance the totally slanted, bogus global warming claims. Their friends in government steered huge research grants their way to keep the movement going. Soon they claimed to be a consensus.

...I have read dozens of scientific papers. I have talked with numerous scientists. I have studied. I have thought about it. I know I am correct. There is no run away climate change. The impact of humans on climate is not catastrophic. Our planet is not in peril. I am incensed by the incredible media glamour, the politically correct silliness and rude dismissal of counter arguments by the high priest of Global Warming.

In time, a decade or two, the outrageous scam will be obvious 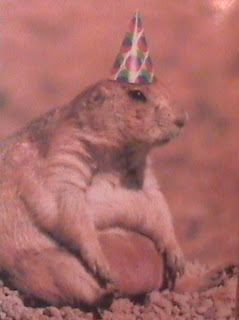 This was on a card that my wife got for my son's birthday. The caption on the inside is,
"Does this hat make me look fat?"
No comments:

Words can not describe how disgusted this makes me. Obama is not fit to be called an American. 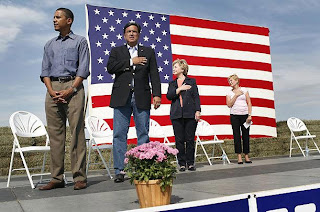 Even Hillary, who we all know hates America, saluted the flag.
No comments:

Let the Hair fall... He is still counting them.

I was praying on my way home from school tonight and the Lord really spoke to me. I want to be closer to Him, and I know that there are things that hinder my relationship with Him, but He is making me grow.

I believe that He spoke something to my heart tonight. What I believe He was telling me is that I shouldn't call Him awesome simply because of the blessings He has given me, but more so because of the things He has taken from me.

We all know that sin puts a wedge between ourselves and God. We all know that He is Holy, and hates sin, yet we (I) continue to let little things come between us. Recently He has begun to start removing some things from my life, and though it is painful, the reward is without comparison.
I am beginning to see more each day just how amazing it is that He would even be "mindful" of me.
King David was experiencing this same sort of awe when he said, "What is man, that thou art mindful of him? and the son of man, that thou visitest him?" (Psa 8:4)
The more I think about the little things that happen in my life, the more I am struck by awe at the fact that He would ever care to look my way. He is God. He is under no obligation to even give me my next breath. Then His word tells me that the "very hairs on our heads are numbered" (Matt 10:30). 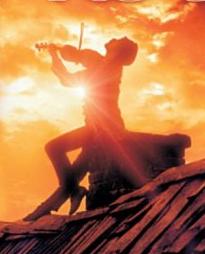 If you have ever seen my hairline, you would know that this is no simple task. The rate of follicle disappearance taking place on my scalp tells me that He is actively paying attention to me. He is keeping an ever-dwindeling tally of the hairs I still possess, and it completely floors me. I used to say that as a joke, and it is still pretty funny, but think about it.
He is so good. As I strive to obey Him, I get more and more glimpses of just how utterly beautiful He is. He has truly been my Father in the fatherless days, and for some reason, He continues to be my Father even today - in spite of my short comings, in spite of my failures, and certainly in spite of my rapidly growing forehead. He loves me too much to leave me in the messes that I have made. I can not for the life of me, even begin to understand why He would bother to give me this free gift of Salvation through His Son; but He did, and even though I will wake up tomorrow and go through the day making mistakes, I am growing in Him - because of Him, and through Him.
...and when I start my day tomorrow, with His grace being brand new, I know that He will be right there with me,
...counting hairs.