Is it live, or is it Mangorex? 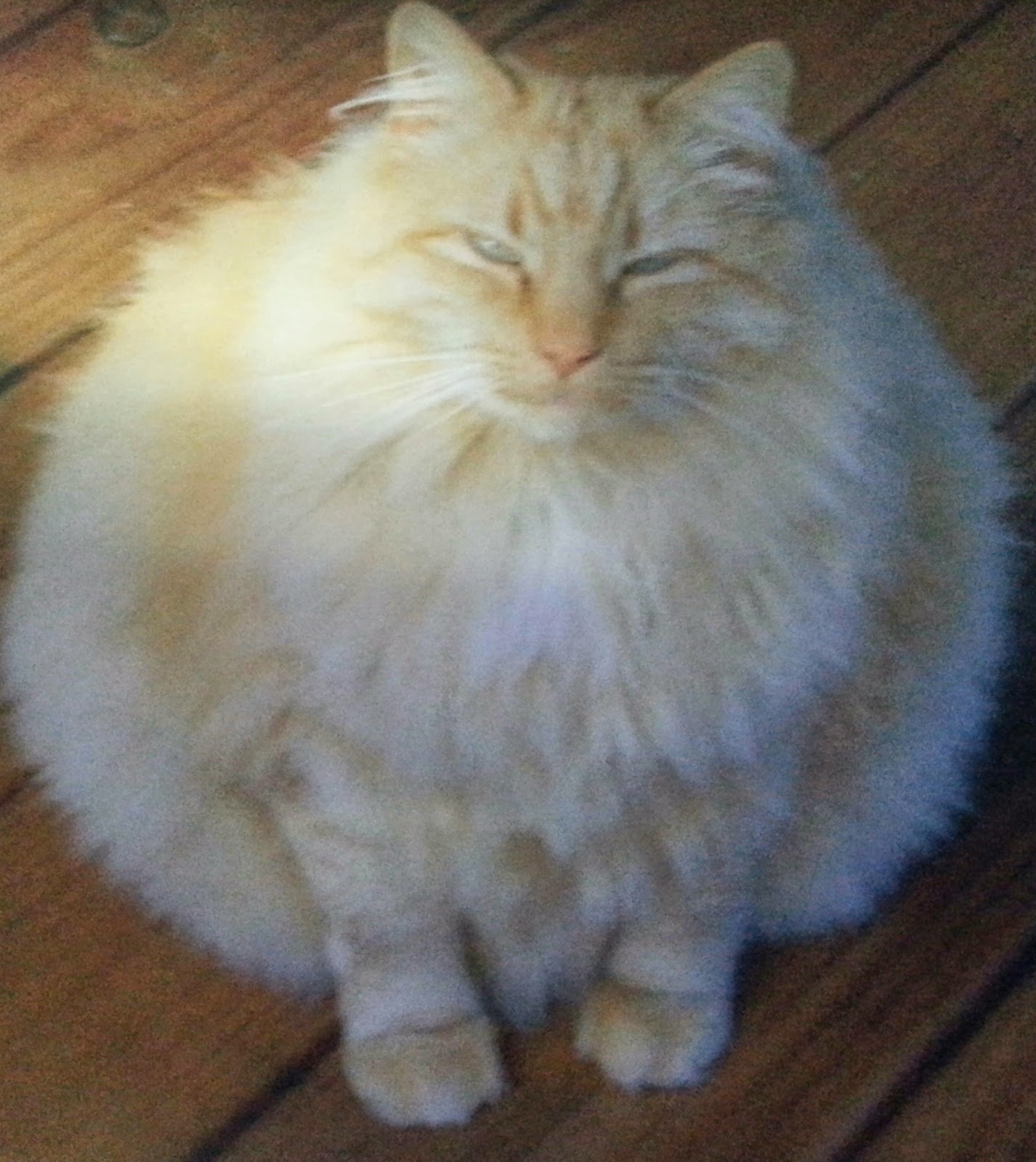 So, it's been since Wednesday, December 26, 2012 since I'veposted on Mangdiddles.com. What happened? Well, for starters, I lost the domain name "Mangdiddles.com."

Now, who on earth would want to buy Mangdiddles.com, you might ask?
Chinese folks! Why? I don't have the foggiest idea. I do know that it was dropped buy its Asian owners though, and I have snatched it up again.
So, back to the picture above. We thought it might be a bootlegged photo of Mang, but lo, it is not. The cat above it Button, the winner of the Hallmark Card Contest.
Here is a shot of Mango for comparison:

...while the resemblance is uncanny, I think Buttons has a few pounds on Mango.
But, all is not lost - the arrival of Buttons on my desk has caused me to rethink the retirement of Mangdiddles.com.
Long story short, we are back.
It was death threats form Obama supporters that initially caused me to take a step back from the website, andI don't think his supporters care as much about him today as they did a few years ago.
I don't know what tomorrow brings, but it has to be something better.
Why not spread the Mang while i can?